Since 2007, the once popular Hollywood celebrity and Dodgers hangout - Little Joe’s restaurant - had been slated for demolition. Occupying the prominent College and Broadway corner in Los Angeles’ Chinatown, the site is attractive not only for its history, but also its proximity to an adjacent Metro Gold Line Station. Following the first developer’s bankruptcy and the Los Angeles Redevelopment Agency taking control of the site, Forest City’s vision of a dynamic mixed-use development has now revitalized this prime location.

While the architecture is contemporary, shapes and color panels draw inspiration from the signature elements of traditional Chinese architecture. Nestled in Blossom Plaza’s space constrained urban site, a 19,000 square foot, pedestrian-friendly network of public spaces is designed to accommodate neighborhood events and provide links between the Metro station and Broadway, Chinatown’s “Main Street”. While Chinese lanterns illuminate the east to west concourse, which is lined with retail and restaurant space that also activate the Broadway frontage, patterns that reflect historic Chinese geometrics adorn the pavers. Housing 237 market rate and affordable apartment style homes, two five-story residential buildings rise from the ground level retail and restaurant space. An inviting public plaza accented by a water feature and landscaping connects the new development with the station. 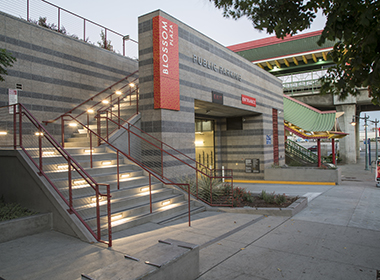 Below the plaza, 3 levels of parking support this culturally rich area. Designed to take advantage of the existing grade of the site, users enter on the second level off College Boulevard. Special attention was given in designing the two-way circulation and security for the various user groups which include residents, visitors and transit riders. To separate it from the public elements of the site, gated parking stalls for residents are provided on the first and third levels. Residents can bypass the public areas of the development by elevator. Of the site’s total 449 stalls, 100 stalls are designated for the general public and 75 for Metro riders. These users can pay for parking at conveniently placed pay-on-foot stations. The facility also offers bicycle parking space.

MyNewsLA.com: Parking problems in Chinatown? Not so much 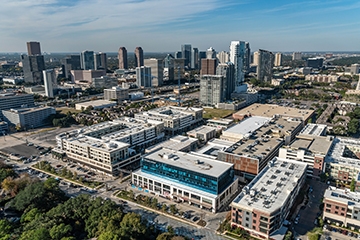 Mixing It Up: What You Need to Know About Supporting Mixed-Use Development with Well-Integrated Parking 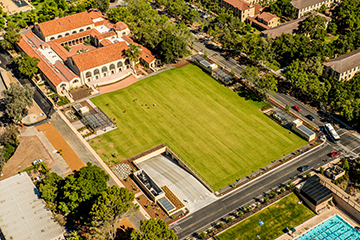 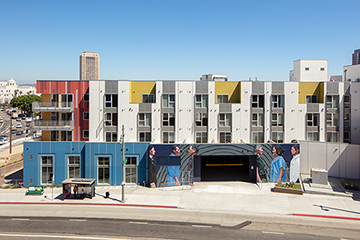 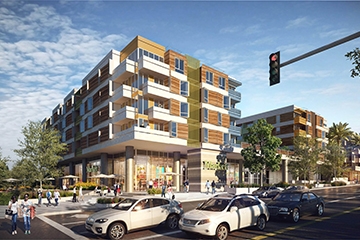 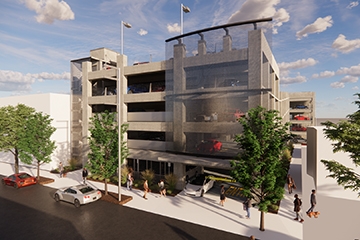 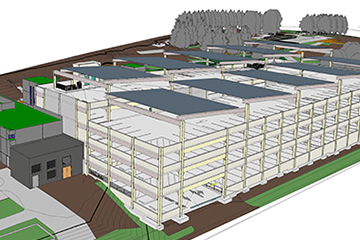 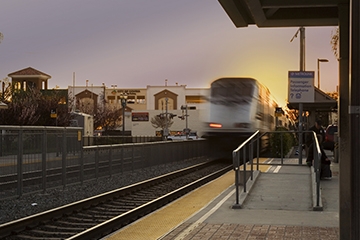 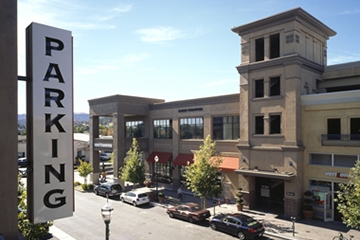 The Parking Consultants Council: Paving the Way for Innovation 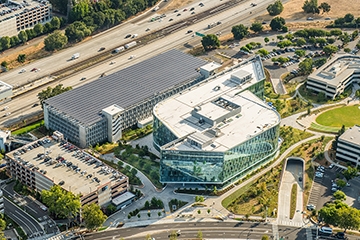 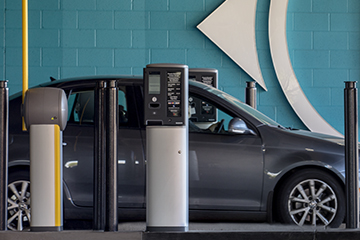